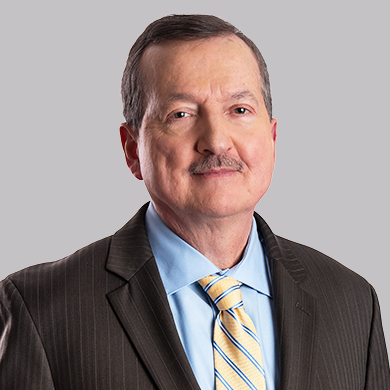 David Fischer counsels clients on environmental, policy, and health and safety matters, with a concentration on the Toxic Substances Control Act (TSCA) and the Federal Insecticide, Fungicide and Rodenticide Act (FIFRA). Having served as the Deputy Assistant Administrator for EPA’s Office of Chemical Safety and Pollution Prevention as well as having held senior level positions at the American Chemistry Council, David advocates for clients before the U.S. EPA and provides strategic advice to them regarding issues before Congress.

David’s clients include domestic and international industrial and specialty chemical manufacturers, and the trade associations which represent them. Clients seek his assistance on new chemical approvals, and chemical and pesticide risk evaluations and risk management rulemakings because of his deep understanding of EPA, its internal science policy apparatus, and its many organizational pieces that collectively are responsible for all aspects of TSCA and FIFRA.

Prior to joining Keller and Heckman, David was the Deputy Assistant Administrator (DAA) for the Office of Chemical Safety and Pollution Prevention (OCSPP) at the EPA. During his tenure as DAA, he was deeply involved in TSCA implementation, with a particular focus on risk evaluation and risk management of existing chemicals, and all aspects of FIFRA implementation. In addition, he worked with the Assistant Administrator on the technical and administrative aspects of OCSPP, an office with over 1,000 staff. He also assisted in matters pertaining to the Agency’s programs under multiple federal statutes including, TSCA, FIFRA, FFDCA, and the FQPA, and provided policy advice and recommendations to the EPA Administrator.

During his tenure at the American Chemistry Council, David co-managed the Chemical Products and Technology Division (CPTD) where he led the implementation of the 2016 amendments to TSCA.

David is frequently invited to speak at industry conferences and has authored numerous papers on environmental matters.